Our skilled legal team has more than 20 years of experience handling civil matters. We’re here to fight for you.

“All cases are uniquely different, and not all law firms are made equal. Our firm’s diverse experience allows us to consider each client with a strategic advantage."

I represent clients in all types of personal injury matters; and I am an avid cyclist with over 20 years of experience in the cycling industry. I have represented both plaintiffs and defendants in bicycle related accidents with automobiles. I have also represented major bicycle manufacturers in many kinds of cases. If you have a cycling related problem, I most likely have the experience you need to resolve the problem in your favor.

Attorney James. C. Parks, Jr. has practiced law for more than 20 years, representing clients in a variety of contexts, in multiple jurisdictions here in the United States and abroad. Immediately following law school, Mr. Parks spent his first two years working for the Fulton County Office of the Public Defender, where he represented indigent criminal defendants. Mr. Parks represented these clients at the trial level, and on appeal before the Georgia State Supreme Court.

After leaving the Public Defender’s Office, Mr. Parks litigated civil matters in both state and federal court at the Atlanta law firm of Drew, Eckl & Farnham, LLP. As a senior litigation associate, he defended firm clients in civil matters, including, premises liability, construction matters, real property disputes, and trucking accidents. Having worked for the “big guys,” Mr. Parks has insight into the way insurance companies operate. This experience is invaluable when trying to work towards the favorable resolution of your case.

In 2007, Mr. Parks left his Atlanta-based firm and spent a brief amount of time in Seattle, Washington, representing hospitals and physicians. Following this stint, he took a position with Island Jamaica Limited in Kingston, Jamaica as the Director of Legal Affairs. Island is an entity affiliated with the famed independent record label, Island Records, founded by Rock and Roll Hall of Famer Chris Blackwell. During his time with Island, Mr. Parks was recruited for an advisory position related to the development of GoldenEye Villas & Spa on the grounds of James Bond writer Ian Fleming’s Jamaican estate. In this capacity, he was responsible for reviewing contracts and insurance matters for the in-country hotels and the New York based marketing entity that represents all of the Island Outpost properties worldwide.

In his spare time, Mr. Parks is an avid cyclist. While attending college at the University of Georgia, Mr. Parks was the captain of the cycling team and went on to ride semi-professionally. During college he was the 6-time southeastern collegiate cycling conference champion and has won multiple Elite and Masters level Georgia State Championships. Mr. Parks is currently focused on representing clients in civil matters throughout Georgia. Please feel free to contact the law offices of James, C. Parks, Jr. for a free consultation regarding your legal matters. 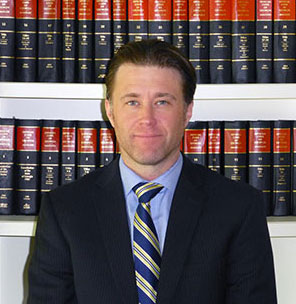 The University of Georgia
Franklin College of Arts and Sciences
Athens, Georgia
Bachelor of Arts in Economics
June 1993

Current and former clients include: